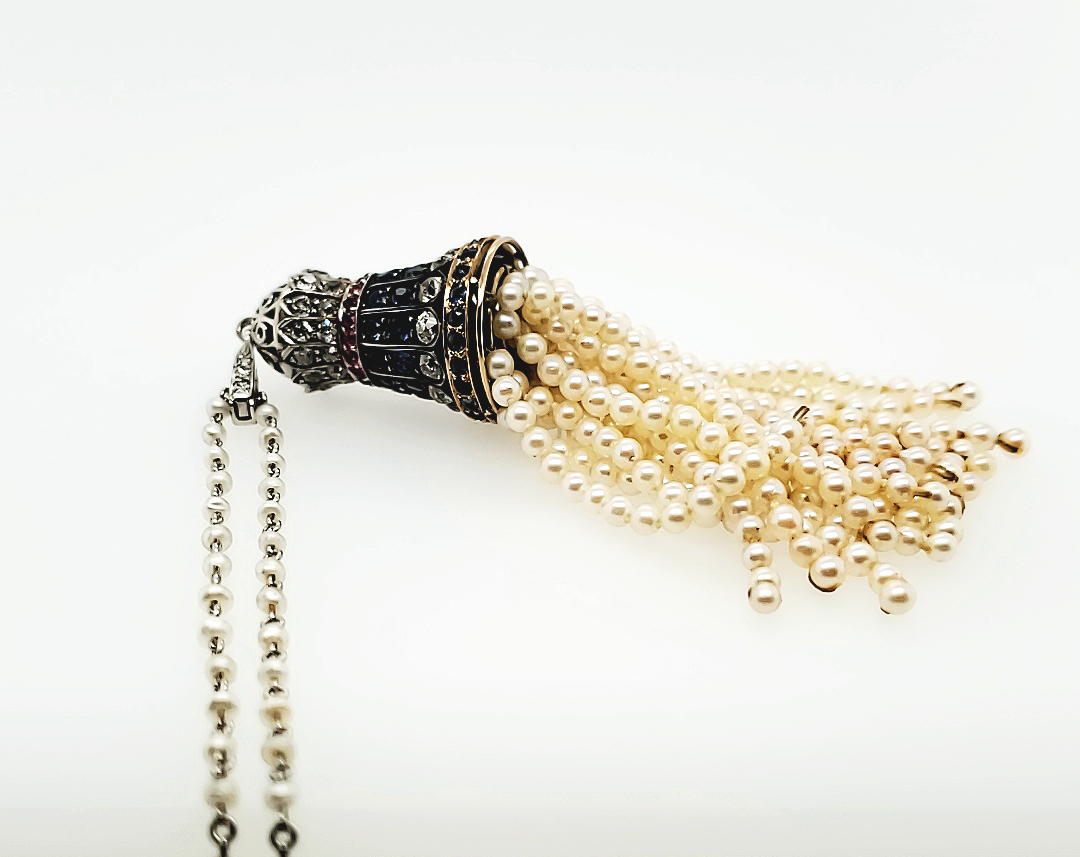 The Victorian Era (circa 1830 – 1900) was the period of Queen Victoria’s reign in the British Empire, a long period of peace, prosperity, and refined sensibilities. It was during this era that the middle class emerged, sparking a demand for jewelry. The jewelry styles that were popular in that era mostly revived Greek, Roman, and Egyptian jewelry styles with the added influence of Gothic and Renaissance motifs.