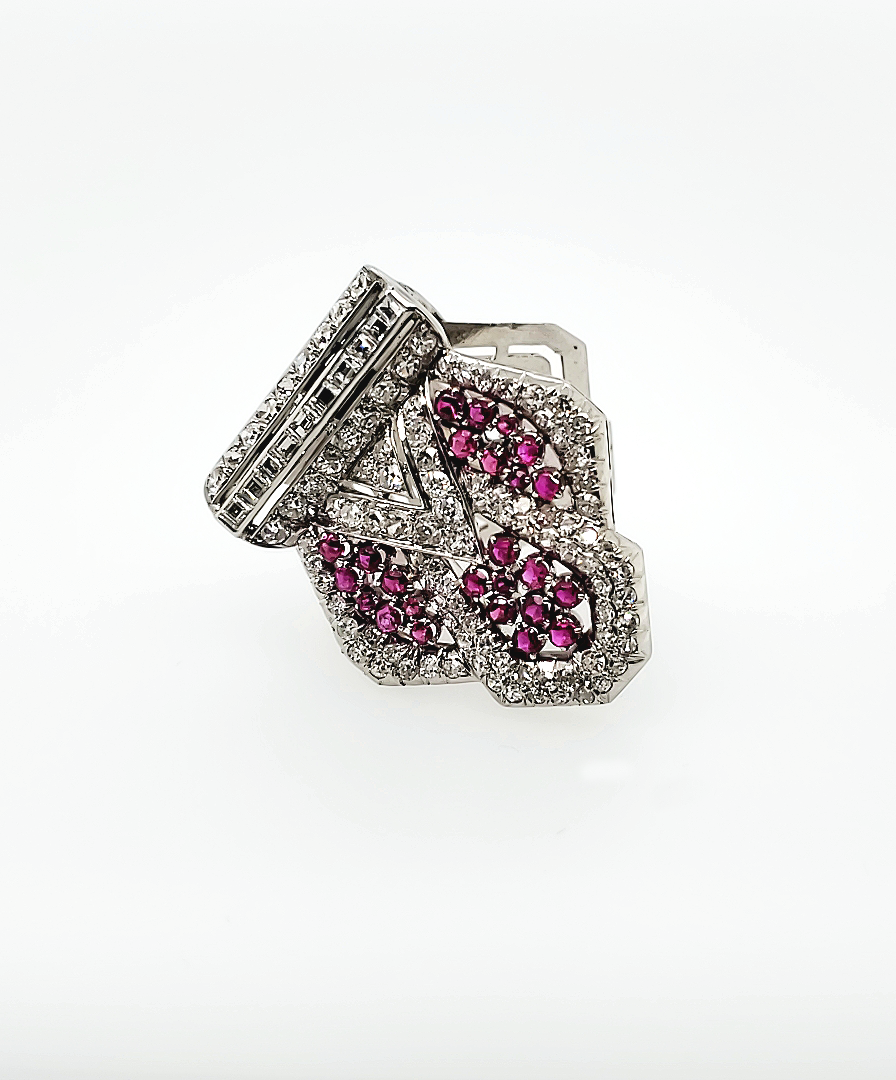 The Art Deco Period (circa 1920 – 1930) is an influential visual arts design style that was first started in France just before World War I and became widespread internationally in the 1920s. Art Deco jewelry was a reaction against the sensuality of Art Nouveau and the elegance of the Edwardian style; it used strong geometric patterns to show post-war practicality. Diamonds were trendy in the period, while the Art Deco style itself was representative of the flamboyant and playful attitudes of the era.