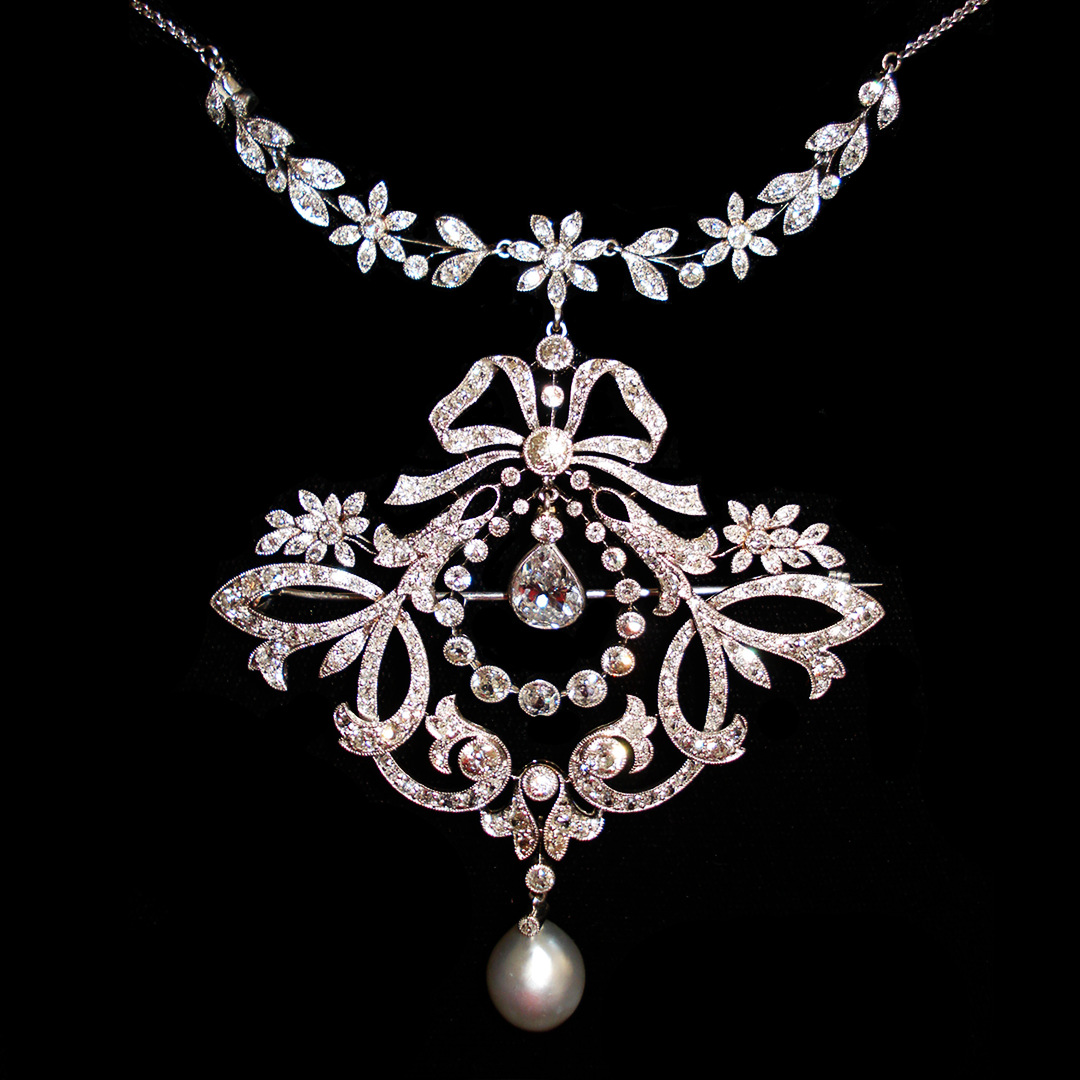 The Edwardian Era (circa 1900-1910) was the period of King Edward VII’s reign in the British Empire. Years later, it was sentimentalized as the “Belle Époque”. It was characterized by optimism, regional peace, economic prosperity, and technological and scientific inventions. The upper class of Europe and the US would wear jewelry made of the finest and most costly gems and precious metals as a demonstration of their immense wealth. The jewelry style of the era is called the Garland style, as it includes mostly motifs like a garland of flowers with ribbons and bows.